Solutions that have been field-proven for decades. 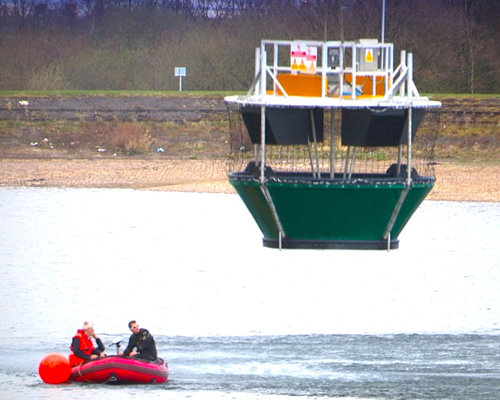 Burncrooks WTW is located near Strathblane on the outskirts of Glasgow and is fed by a series of reservoirs. It serves a nearby population of more than 50,000.

It was identified that the WTW had PCV failures. The project team was challenged with developing an alternative to the construction off a secondary filtration plant for the soluble manganese removal given the financial constraints under both capital and operational budgets.

It was identified that for four or five months of the year manganese was present in the raw water from a series of feeder reservoirs at a level around the regulatory limit for water into supply. The normal answer to this problem would be to build a manganese removal plant. This was designed at high level with an an estimated budget cost of £6m.

One consideration was whether manganese could be removed at source rather than at the treatment plant. A low oxygen level at the bottom of the reservoir enables manganese to dissolve into the water. While there are many examples of reservoir aeration to reduce manganese levels these require high pressure aeration and the placement of aeration equipment on the reservoir bed.

Through extensive research the team reviewed a wide variety of systems that focus on dealing with the issue at source rather than having gone through the testament process at the works.

The WEARS ResMix system, which incorporates an innovative large axial flow pump which operates at low flow velocities and consequently at low power consumption, was chosen.The decision to use the ResMix 'source management system' ensured a massive saving to the client not only in capital cost but future operational costs as well. In addition there was a big saving on timescale and the environmental benefits included a significantly lower carbon footprint than the alternative.

Testament to the system's success was its that it won the Encouraging Innovation award at Scottish Water's capital programme awards.

What Our Clients Say

"The Aero-Fac system at Windsor has to date met and exceeded our consent discharge levels, and we have been very happy with the system installed."

A Few of Our Many Clients

Be the Next to Join Our Global Client List.

Talk With Us Now